Federico Vecchioni (CEO of Bonifiche Ferraresi), Alberto Antolini (CEO of Ocrim) and Sergio Antolini (Vice-president of Ocrim), gave the welcoming and explained the importance of the partnership between Bonifiche and Ocrim, presenting also the corporate videos of both companies. Among the welcome greetings, it also intervened Roberto Moncalvo, president of Coldiretti, who, addressing the large crowd, expressed his confidence in the new projects that Ocrim and Bonifiche are conducting. 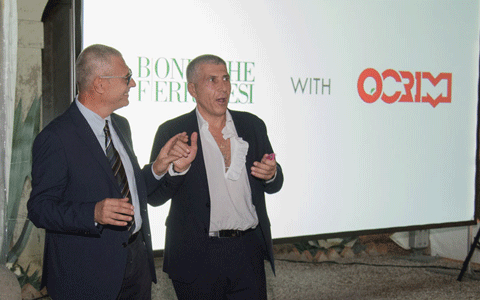 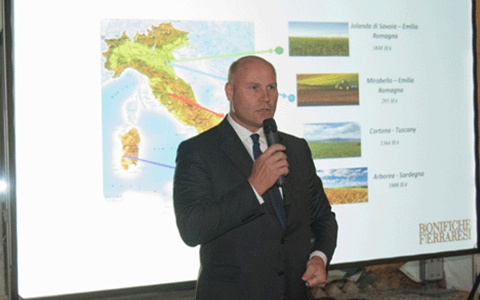 After the greetings, speeches and videos, the gala dinner was served offering moments of socialisation and enjoyable exchanges. 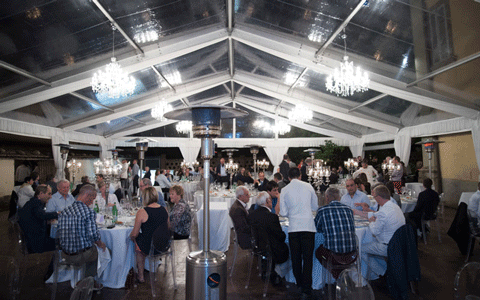 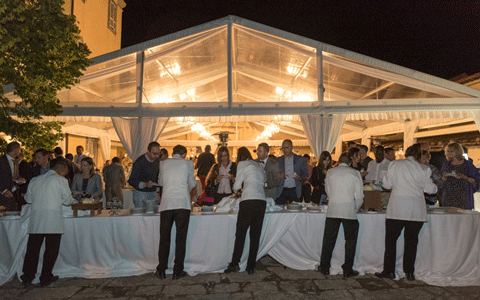 The event continued on Saturday September 16 at the S.Agostino Convention Centre in Cortona, an interesting conference was held that brought together various experts. Numerous topics were covered, while all being correlated. The conference started with the greetings and the viewing of the video "Gente Matta (Crazy People)", presented by Alberto Antolini, starring the employees of the OCRIM-PAGLIERANI-SACMS-BONIFICHE-GHIGI supply chain. After that, the director of the Research&Development department of Muhlenchemie GmbH Co. KG, Lutz Popper, opened the technical day focusing on the topic of additives and, through his paper "Flour improvers: a basic information on enzymes and maturing agents". Following Popper, Fabio Vuoto, director of Ocrim plants technical department, took the podium ot discuss "Ocrim dosing systems for macro and micro ingredients". At the end of the first part of the technical day, the mayor of Cortona, Francesca Basanieri, made an unannounced visit to the S.Agostino Convention Centre and thanked Ocrim for having chosen the municipality of Cortona as the location for the conference.. 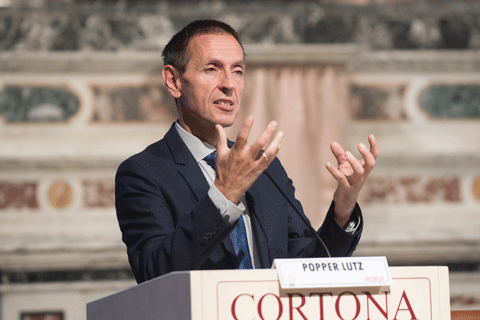 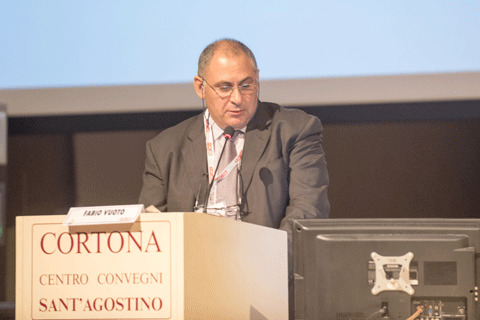 The second part of the conference offered both a technical and emotional tone. Maurizio Galbignani, operative manager of Ocrim, opened the second part of the day with a talk to what he had promised during the "Wheat, Flour And..." 2016 edition. Now, less than a year later, Ocrim has kept part of its promise and thanks to the project on immersive and interactive virtual reality, guests were able to enjoy a virtual experience and feel as though they were in front of a rollermill, looking inside it and interacting with the machine. Galbignani then presented the company video "Uomo invisibile (The invisible man)", a video in which Ocrim talks about itself in first person,its history, its current and future projects, through the words and interpretation of an actor.

The technical conference continued with Marco Galli, manager of the technical department at Ocrim, who discussed "Sanitation: new frontiers". Then it was Stefano Mazzini's turn, sales manager at Ocrim, then presented "BioStoneMill: the Ocrim evolution", providing useful information on the company's new product. After the conference a new project was presented by Francesca Bocchi, a set designer who has been collaborating with the company for a few years, a project that concerns Ocrim's future. Bocchi has in fact presented HO (HomeOcrim), a house in old Cremona, designed exclusively for customers, created to fulfil any need of the expected (and unexpected) guests.

That evening a dinner of Tuscan specialities was served, once again at the Bonifiche Ferraresi estate. 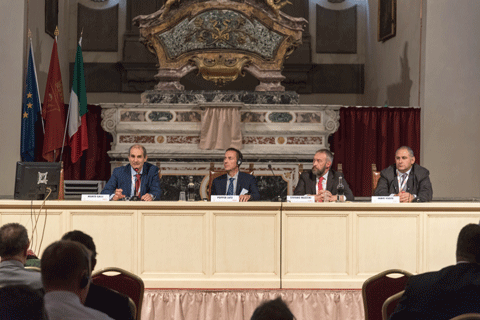 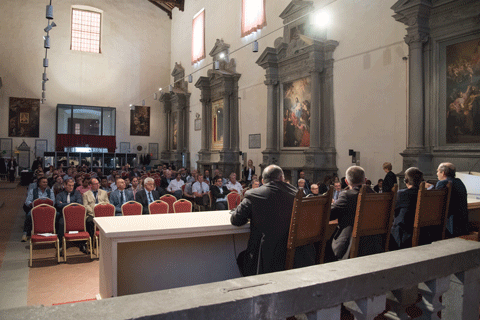 The 2017 edition of "Wheat, Flour And..." ended with a cultural and convivial day of sightseeing in the marvellous city of Siena. 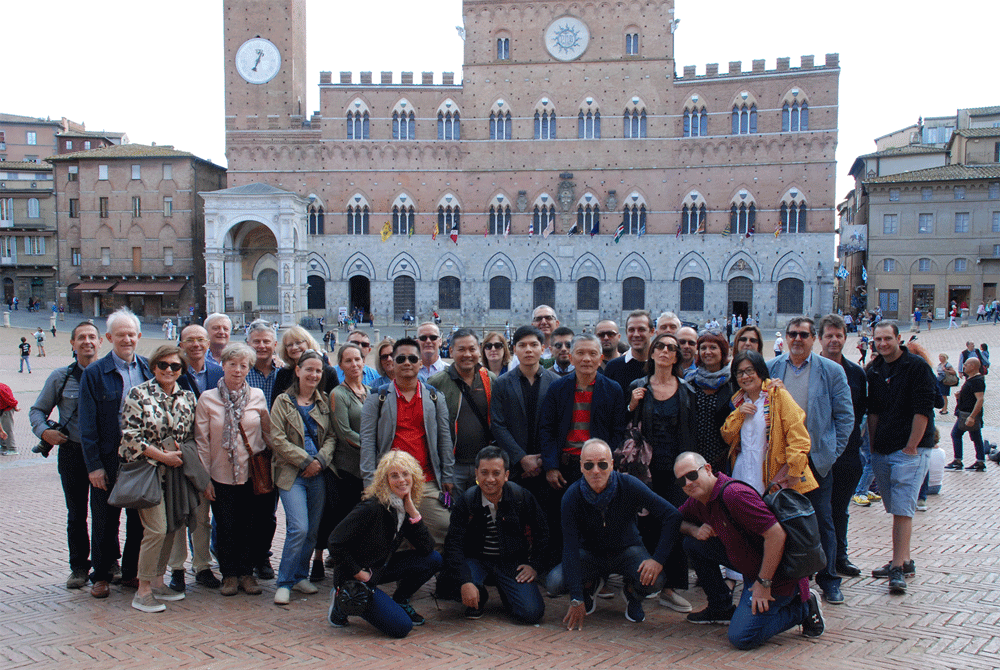