The importance that Ocrim places on training dates back to 1965, with the creation of the first International Milling Technology School. The school, located in Via Massarotti headquarters, includes both theorical and practical courses thanks to the aid of a pilot mill with 24 T/D capacity and a well-equipped laboratory, useful for putting into practice what is learned theoretically.

The Milling Technology School initially held hands-on and theoretical courses at the Ocrim workshops and at Industrial and Technical Institute in Cremona respectively. Thanks to the substantial attendance and great success, the company decided to build its own school in Cavatigozzi village, in Cremona province. Today, the Milling Technology School, located at the Via Massarotti headquarters, is considered one of the company's flagship projects. Well known internationally, it organises training courses for the milling sector with the support of Ocrim personnel – consisting of project managers, chemists, technologists, mill managers, engineers and technicians – as well as with the collaboration of teachers and technicians from the IAOM (International Association of Operative Millers).

The Ocrim Milling Technology School is equipped with a mill featuring 24T/d capacity and a well-equipped chemical laboratory, useful for putting into practice what is learned theoretically.

Practice in the laboratory, for example, makes it possible to analyse the characteristics of the various products and, by means of technical tests, shows the operation of the machinery and equipment and how to interpret the results obtained. To remain in line with tradition, hands-on manual tests are also conducted, such as those carried out by the millers of old before the advent of the new technologies, for greater awareness of one’s possibilities and skills, as well as of the machinery available today.

Ocrim offers students a guest house located 500 meters from the headquarters and 200 meters from the downtown. It’s a structure composed of several apartments, characterized by a kitchen, anteroom, one or more beds and a bathroom. All are equipped with the necessary amenities: flat-screen TV, air conditioning, minibar, Wi-Fi and linens. 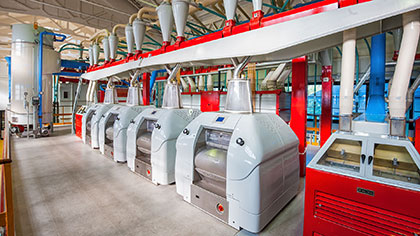 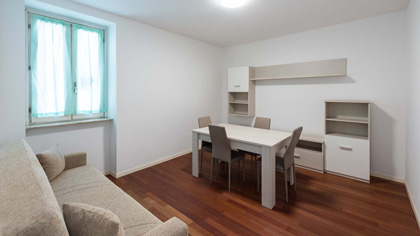 The courses are attended by millers, mechanics, engineers, laboratory analysts, but also neophytes of the sector who desire to have a concrete approach with the milling reality, coming from all over the world for having the best educational experience.

The courses held are into specific topics and studies on flour, semolina and cereals production and their chemical and biological peculiarities. In addition to this, the general characteristics of a complete plant are analysed as to better understand overall activity. Many and different issues are discussed, ranging from ordinary maintenance of a machine, resource management, energy sustainability study, food safety and traceability.

The principal aim of the courses organized by Ocrim is to give the necessary means to their users in order to understand the management of the whole milling plant.

For more information, details and/or clarifications, please send an email to stm@ocrim.com or call the number +39 0372 401211. 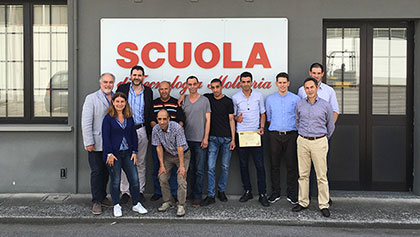 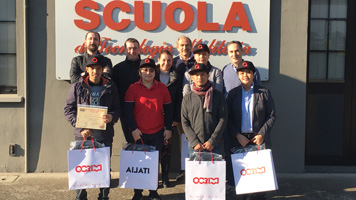 The blending of Ocrim and IAOM staffs' knowledge has unquestionably strengthened and raised the standard and the content of the courses, because when different positive experiences get into contact, something extraordinary usually happens.

For more information, details and/or clarifications, please send an email to stm@ocrim.com or call the number +39 0372 401211. 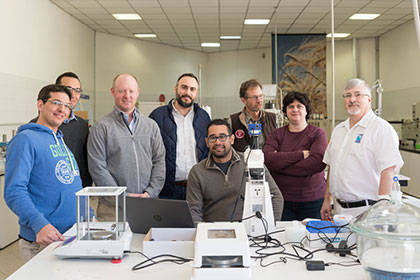 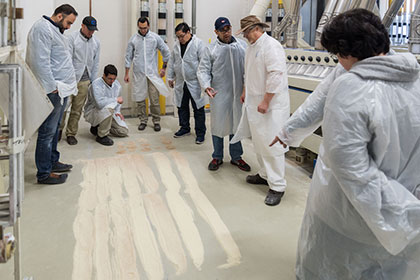 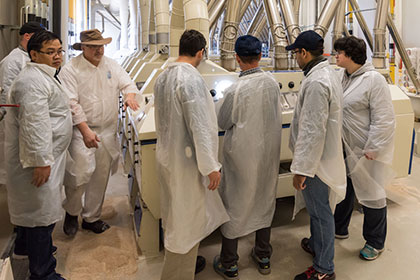 The campus, located in a futuristic research centre in Jolanda di Savoia (Ferrara, Italy), is an innovative project conceived by Bonifiche Ferraresi and Ocrim with the collaboration of institutional bodies such as ISMEA (Institute of Services for the Agricultural and Food Market) and CNR (National Research Council), Ghigi, pasta sector, ENEL, for energy, the Universities of Parma, Bologna and Florence and Cattolica University.
The research centre, consisting of a large and futuristic auditorium, a mill, fields designed as outdoor areas for precision farming for empirical and cutting-edge training and a campus with lodgings, offering participants the possibility of combining training and interpersonal experience, a campus that brings people together, catering to and encouraging on-going exchange. It’ a space also used for international events, conferences and conventions, with the aim of popularising, creating rapport, providing information and training, especially on agri-food-related issues and on the use of advanced technology within the sector, with the presence and intellectual contribution of personalities of the economic and political world.
A comprehensive training service that ensures all-round training: from knowledge of seeds to the production and marketing of finished products. 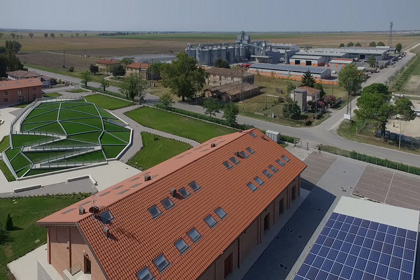 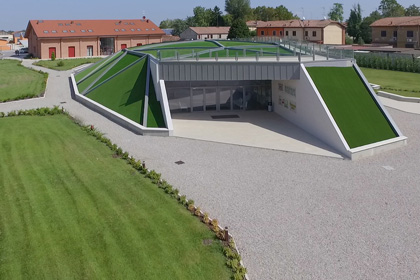 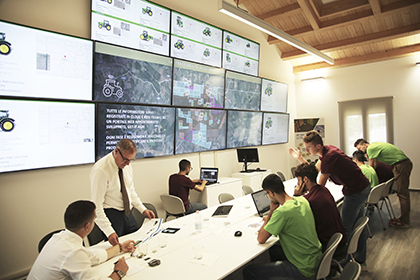 Located in the historic Ocrim headquarters, the “Silvia Paglierani” conference hall dates back to 2011. The hall, adjacent to the “Ocrim Core” museum and the pilot mill, was built in the old Ocrim foundry.
It’s a space designed for events, conferences and debates related to the milling world, but also to the agri-food sector in general. The presence of modern digital communication technologies, combined with attention to design and the passion for art, makes the hall welcoming and functional. The grey and red colours, the totems depicting a corncob and an ear of wheat, represent the corporate identity. The innermost wall features the words “Will to power” by Friedrich Nietzsche, which simply means the ambition to reach the highest position in life. On the opposite side, instead, there is the painting by artist Federico Santini of a large cultivated field, where the colour scheme evokes the earth warmed by the sun. A hall full of hints to specific agricultural products, the starting points for Ocrim. 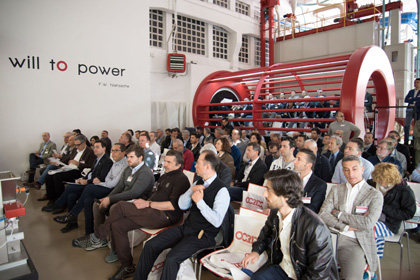 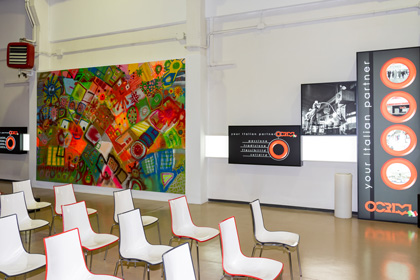