Sergio Antolini on May 16th will present his new book "Argonaut": an accurate anthropological-cultural analysis, which takes the reader on a synaesthetic journey that starts from the Wheat and ends with the Bread.

PRESS RELEASE
Sergio Antolini discovering the historical, cultural, artistic, symbolic and esoteric fil rouge that hides behind the father of the main food of all humanity: wheat.
The book ARGONAUTA presents itself as a far-reaching literary and visual project and is divided into Four Acts, reminiscent of a classic theatrical experience.
The path of the wheat is presented with care through the biological aspects, the historical contexts, the symbolic and cultural contributions, with intense esoteric explorations and references to considerations of alchemy and astrology.
A path that runs from the dawn of agriculture to the present day, in particular along the Italian territory, between the Malatesta lands and the most fertile regions of the peninsula.
The acts are modeled in a rhythmic succession of mythological stories, historical chronicles, scientific and biological demonstrations in a story full of alchemical suggestions and esoteric hypotheses. 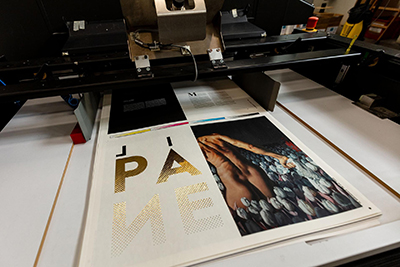 The history of wheat interfaces with that of mills, flours and bread, but also and above all with that of man, subject and object of an evolutionary transformation guided by food and the act of eating.
When God created the world, at the end of each day, the Bible says in Genesis:
"... and God saw what is beautiful"
Beauty is that which pierces us, which amazes us, which enchants us, which makes us feel good and it is precisely to beauty that the work is dedicated.
And so the author, Sergio Antolini, tells us:
“This time, for me, a virtual journey of mental images, images not transited on a visual level, intellectual visions accompanied by sculptural, pictorial and photographic works. Modulated texts, of times and pauses, as well as in musical notation: reading is the time, the contemplation of the works the moment of silence, the pause.
Images and soundscapes, realities where events occur that change over time, thanks to the intervention of man, underlined by what the English vocabulary calls “soundmarks”, that is, the characteristic and significant sounds for the community that lives in that place.
The Argonaut begins his journey with Wheat and with Bread the journey ends.
Wheat and bread are an inseparable combination, the backbone of Western culture that encompasses work in the fields and daily domestic life.
Everyone knows, from school reminiscences, that the path began about 10,000 years ago with the domestication of wheat in the Fertile Crescent. In Mesopotamia, between two rivers, the Tigris and the Euphrates, civilization evolves with cultivation instead of hunting, population growth, the spasmodic search for new fields where to cultivate cereals to feed the population, urbanization, migratory waves from East to West and from South to North, the beginning of trade in a passage from prehistory to history.
Only a few centuries and from wheat to bread the step is short with the first technological miracle of the Neolithic: yeast, the fermentation of water and flour dough.
In Art and Literature the symbol of wheat carries new languages: it is the bread that breaks forever the claims of immortality of Gilgamesh, the legendary Sumerian hero, for two thirds god and for a third man; cultivating the land is for Omero the measure of the separation between civilization and bestiality, between man and the Cyclops, between Ulysses and Nessuno, he who lives in the lands where men are not bread eaters because the Cyclops "only eat milk and cheese ”and they breed but do not cultivate.
And even today contemporary literature marks the universality of Wheat and Bread: "... we will cultivate the earth and the planets with wheat to produce bread not for one man, but for everyone", says Pablo Neruda.
After 10,000 years, Wheat and Bread are still in our fields and on our tables, even if spaces, times and methods have changed enormously. "
To accompany the text, the artistic works of a refined selection of international authors including Blanco, Conti, Ferrario, Frisoni, Giovagnoli, La Motta, Manfroni, Ravaioli, Sassoli, Schnabel, designed to create references and suggestions. 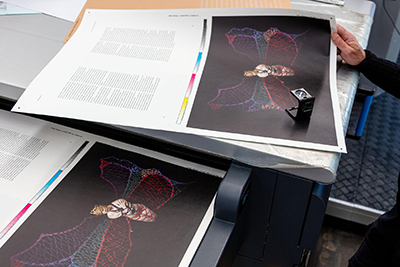 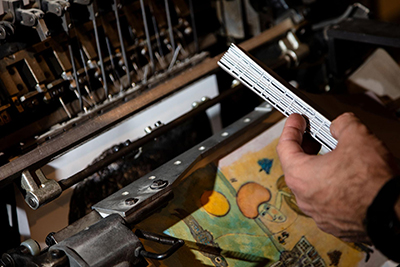 Furthermore, courtesy of the Guerra family, the book also features a drawing by the poet and screenwriter from Romagna Tonino, an illustrious fellow countryman friend of the author.
The volume, produced in a limited edition, shows an accurate and sophisticated graphic design. The choice of particularly valuable papers, with marked material tones, wants to highlight the care of a project with a strong visual and tactile impact, as a container for a literary text that finds in the artistic expression the right background to fully express its identity.
An experience that is not exclusively literary, but multisensory, a project that arouses definite emotions, suggested by touch and sight.
The collaboration with the printer Pazzini who with impeccable mastery has ennobled the book by applying highly elaborate techniques is fundamental and essential.
An eclectic text therefore, like the personality of the author, an entrepreneur strongly linked to the territory of his birth, Romagna, active in the mechatronics sector for constructions of milling plants and particularly attentive to the agricultural sector, with the cultivation of cereals, rice and medicinal plants.